The Can-Do Spirit of a Champion

The Can-Do Spirit of a Champion

Having obstacles isn’t a problem. The problem is letting your obstacles hold you back and using them as the reason you can’t get what you want. A better way would be to figure out a solution. The experiences of Thinaah Muralitharan, national badminton champion and Bachelor of Education (TESL) student at OUM, bear witness to this.

According to her mother, Dr Parimala Devi, Thinaah, 24, started playing badminton with her family for fun but began taking it seriously at the age of 8 when she won a championship at school. She then started collecting wins at the state and country level. But when she joined the Bukit Jalil Sport School in her secondary years, she hit a snag. Most of her teammates were Chinese and spoke Mandarin, which Thinaah couldn’t speak or understand.

“She told my husband that she had problems communicating with her teammates,” Dr Parimala recalled. “He told her to learn one sentence a day from that day onwards. Whether it was one sentence or one character, if she learned a little every day, then after a year, it would add up and she would be able to understand more.”

Thinaah took her father’s advice and mastered Mandarin, thus resolving the language barrier. She could now speak one more language besides English, Malay and her mother tongue Tamil.

To resolve the issue, Thinaah teamed up with Pearly Tan for women’s doubles. She was able to build rapport with Pearly through Mandarin, which the latter is most fluent in. “On court, I speak Mandarin more,” Thinaah shared, “But during breaks, when we discuss the game, I mix the three languages, English, Malay and Mandarin.”

The pair triumphed at the Swiss Open last year, followed by the Commonwealth Games and French Open this year.

Thinaah applied the same problem-solving strategy to her education. Realising that she needed flexible studies so that she could focus on badminton, she turned to OUM. In May 2020, she registered at the Shah Alam Learning Centre. “The online learning provided through myINSPIRE is the best choice for me,” she said.

“Thinaah has a can-do spirit which we can all learn from,” said Ramash Ananth, the Director of the Shah Alam Learning Centre. He had gone to KLIA with his staff to greet Thinaah and Pearly after they returned home from the French Open.

“We are honoured to support her in her studies and hope to see her continue bringing glory to the country.” 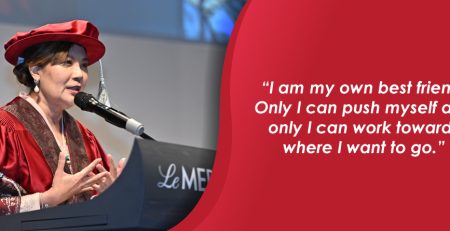 “It wasn’t easy when I became disabled. I faced a lot of discrimination. I didn’t have a job. People... read more 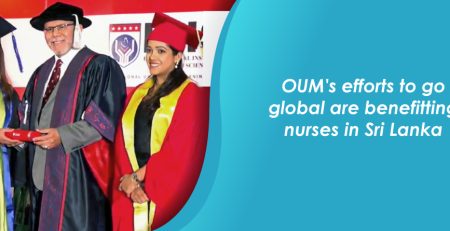 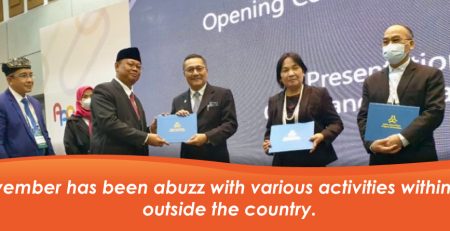 November has been a particularly busy month for OUM. From 2 to 4 November, President/Vice-Chancellor... read more